This Points of Pride block does not contain any items. 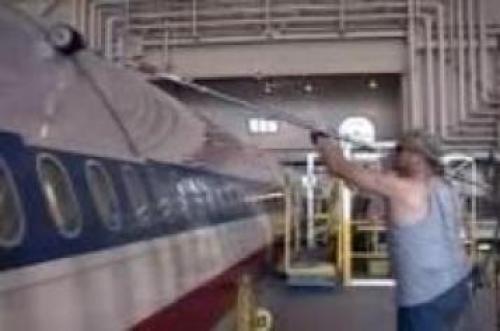 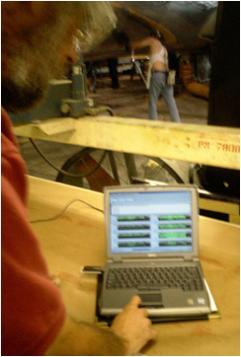 Our ergonomists at SRI-Ergonomics identified which cleaning tasks imposed the highest amounts of muscle loading on employees, using our portable electromyographic (EMG) equipment and other ergonomics assessment methods.  These analyses enabled us to determine which specific work tasks, when improved, would reduce physical work demands among these individuals.

Based on this effort, our ergonomists worked with company health & safety personnel to test and measure several possible ergonomics-related improvements.  Those job changes found to be most feasible and cost-effective were then implemented. 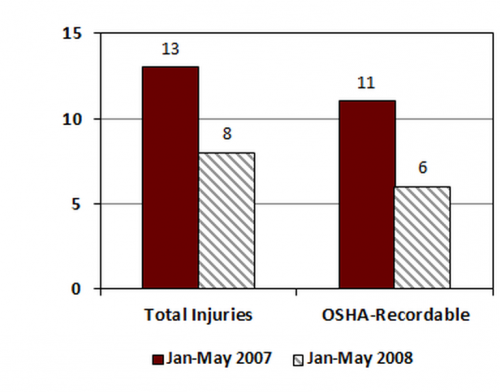 Just one year after these ergonomics improvements were implemented, shoulder injuries at this facility fell by more than 40%! 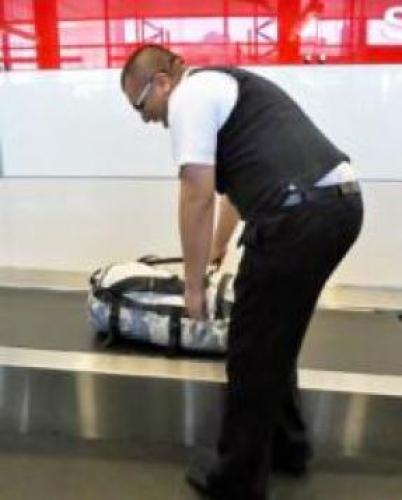 Agents at airport ticket counters must transfer passengers' checked bags to conveyor belts, which transfers them to a secured location for screening.  Bags can weigh up to 50 pounds.  This work was causing many agents to report low-back problems.  Health and safety personnel at the airline were interested in determining how risky this activity was and, more importantly, what improvement efforts could be made should the task be found to be a concern. 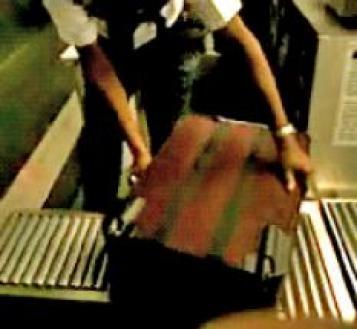 The SRI-Ergonomics team asked four ticket agents to wear the Lumbar Motion Monitor (LMM) as they did their jobs.  Although these agents perform many tasks, the focus of this effort was on baggage handling.

Using the LMM's low back injury risk model, it was found that this task would be considered "moderate risk," indicating that some individuals doing this job would be expected to develop a back injury due to this task's physical demands.

The airline was considering retrofitting the ticket counters with roller bridge that connected it to the take-away conveyor.  This would allow agents to push/slide bags to the conveyor rather than lift and carry them.  In addition, these bridges could be easily raised and, thus, out of the way, when not needed.

The same agents were monitored with the LMM while they transferred passengers' bags on these roller bridges.  The results showed that use of this equipment resulted in a task that was "low risk," meaning that no employees would be expected to develop a low back injury by having to perform the task in this manner.

This evaluation provided the data and justification needed to go forward with the company's plan to implement the roller bridges across many of their ticket counter locations. 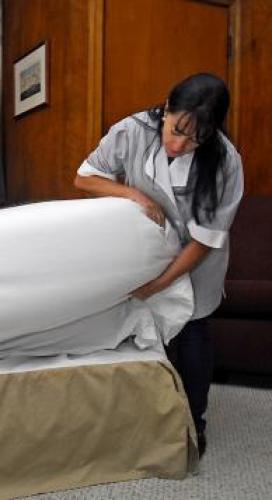 Those working in the hospitality industry have injury rates considerably higher than all other service sector employees.  Among hotel workers specifically, housekeepers experience the highest injury rates, and over 90% of those surveyed report having pain associated with their jobs.  This is due to a multitude of physical work demands.  Housekeepers must routinely lift heavy mattresses, push supply carts from room to room, vacuum carpet, and rapidly move, bend, and twist their bodies to clean bathrooms and dust furniture.  Although numerous work improvements had been proposed to reduce these work requirements, there was a lack of objective evidence showing their impact.

Housekeepers typically clean hotel room surfaces using a cloth, which results in movements across a wide range of vertical and horizontal locations.  The SRI-Ergonomics team studied the effect on back motions of using long-handled tools to clean bathroom surfaces (i.e., floor, bathtub, and shower walls) and to dust (nightstand and armoire) furniture.  The length of the tool could be easily adjusted to the preference of the housekeeper and its need for the task.

A total of 12 female housekeepers who worked in a full-service Southern California hotel, wore the Lumbar Motion Monitor (LMM) as they performed these cleaning tasks.  The LMM is a wearable sensor that was developed by Ohio State researchers.  It tracks movements of the back in its three planes of motion and determines trunk position and speed required to perform the work.  Specific trunk motions are known to be linked to increased loading and subsequent injury risk to the back.

Each housekeeper performed all bathroom-cleaning and dusting tasks, using both their usual method and with a tool whose handle could be extended. 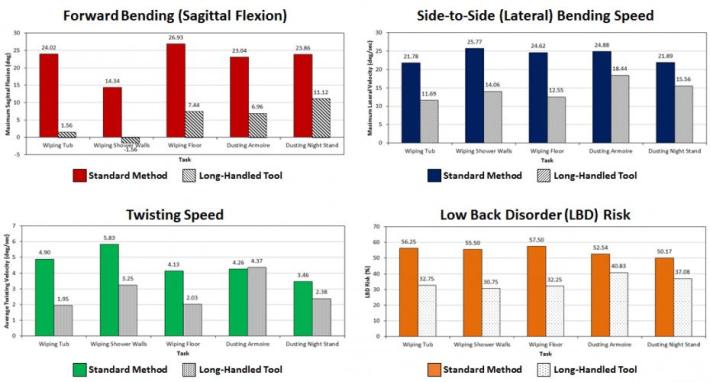 Data from the LMM found that use of long-handled tools significantly reduced important trunk kinematic measures – forward bending of the back (sagittal flexion) and speeds when moving both side-to-side (lateral) and twisting.  This outcome was consistent across bathroom cleaning and furniture dusting activities.  In addition, the likelihood that these tasks would contribute to a low back injury (“LBD Risk”) also was significantly lower when these tools were used.

The findings from this effort were used as part of the successful efforts by Cal/OSHA to implement a statewide regulation to protect the health of hotel room cleaners.  Effective on July 1st, 2018, the State of California's Hotel Housekeeping Musculoskeletal Injury Prevention order was released.  It is intended to control the occurrence of musculoskeletal disorders to housekeepers working in hotels and other similar environments. 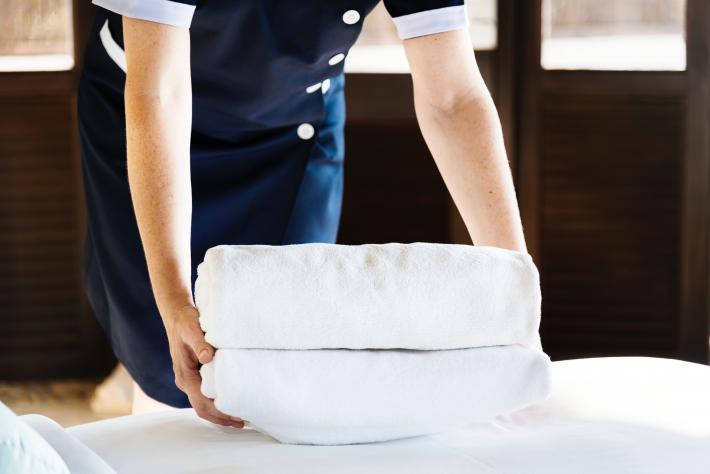 Through the OSHA-sponsored, Susan Harwood Training Grant Program, members of SRI-Ergonomics developed and provided ergonomics awareness training to housekeepers and housekeeping managers across the United States.

The funding was provided through a project titled, Housekeepers: Practices to Improve Health & Safety using Ergonomics.

Various training materials were developed as a result of this effort.  These are available for free download below, or on OSHA's website.

Interested in having an Institute member conduct this training at your facility?  Email us.