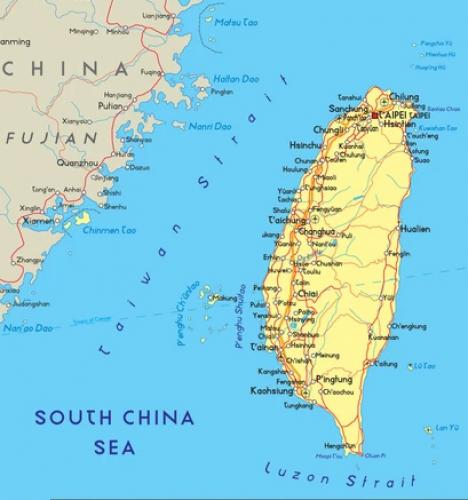 Taiwan is less than 100 miles off the coast of mainland China.  Because of that, and the large number of people who regularly travel between the two countries, Taiwan was expected to bear the brunt of the coronavirus spread.  Some experts even predicted it would ultimately have the highest number of cases after China.  This did not happen.  In fact, Taiwan actually has one of the lowest rates of COVID-19 cases per capita in the world.

So, why has Taiwan emerged practically unscathed by the spread of this virus?  As recently reported in the Journal of the American Medical Association, Taiwanese leaders were proactive in addressing the threat, and they used their established disaster response system to comprehensively combat the threat that this virus posed.  In a country of roughly 23 million citizens, there have been fewer than 400 reported COVID-19 cases and only six deaths.

The process developed and used by the Taiwanese government produced a remarkable health & safety accomplishment.  Interestingly, it shares many commonalities with elements long recognized as needed for a successful ergonomics injury reduction plan.  These plans often are implemented due to their impact on industry.  The Bureau of Labor Statistics reports that musculoskeletal disorders account for nearly one-third of lost-time occupational injuries and illnesses each year in the U.S., and it has been reported that the direct costs to treat low back disorders alone cost this country more than $100 billion annually.

Review the information below for a comparison between Taiwan’s recent actions to combat the pandemic and a comprehensive ergonomics injury reduction process. 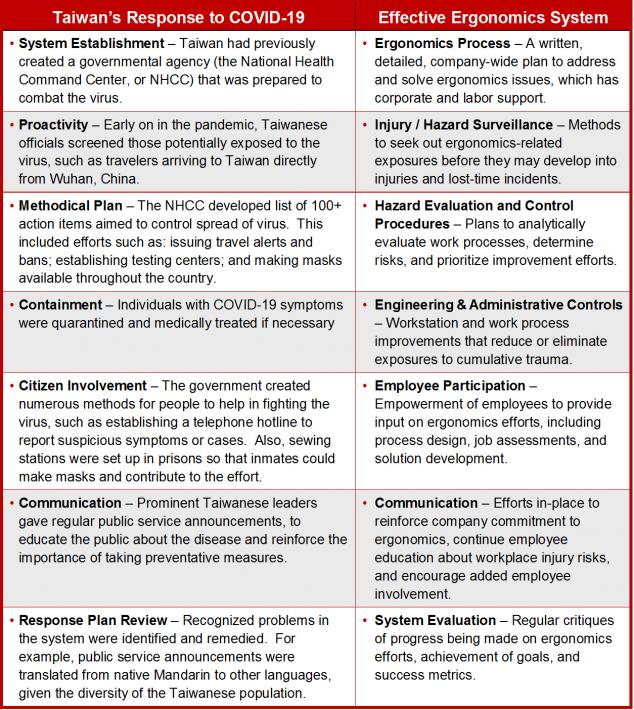 Obviously, a contagious virus and workplace exposures for cumulative physical trauma are vastly different.  However, as this article suggests, health & safety issues that are addressed using a comprehensive, proactive, and participatory approach, achieve success and can greatly minimize human pain and suffering.  This should further convince practitioners, and others, of the importance of a well-structured ergonomics process.

Three Ways to Make Sure Your Ergonomic Projects Stay on Track

Targeting the Causes of Low Back Pain

Translating the Risks of Pushing and Pulling into Practice

Getting the next generation excited about science!

For more information about keeping yourself safe, go to: