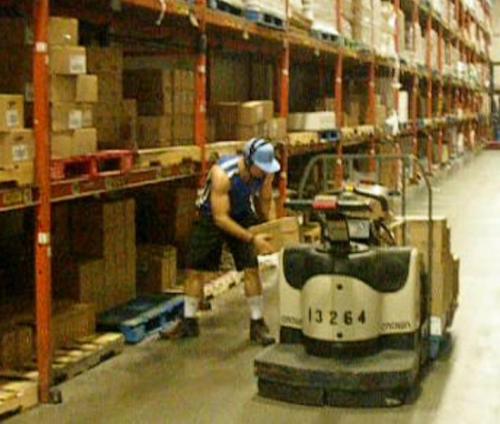 SRI-Ergonomics partnered with a large East Coast grocery chain, to help decrease the rates of strain & sprain injuries particularly among their warehouse Order Selectors.  These injuries were due to the: 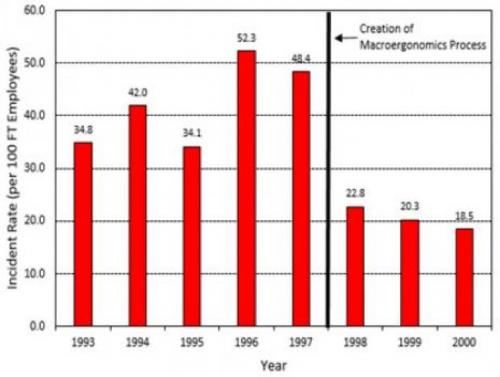 The result of these collective efforts resulted in a 50% reduction in injuries the year after all work was completed.

Download our manual, A Best Practices Guide for the Reduction of Musculoskeletal Disorders in Food Distribution Centers (free). 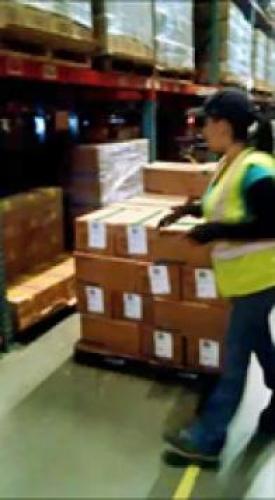 Medical supplies were stored in a warehouse that used a traditional racking system.  A large percentage of these were packaged in 50-pound containers and stored in slots.  Employees would move a “walkie” pallet jack down the rack aisles, picking customer orders.  The rate of low-back injuries sustained by employees doing this job was unacceptably high, but the facility had no budget to change its racking system, and it could not dictate how suppliers packaged their case goods.

The only option for improvement was to look at case pick methods.  Employees experienced at this job provided several opinions regarding how they believed case-picking could be made safer, but there was no data to show that one particular method was substantially better than another.

The Lumbar Motion Monitor (LMM) was used to determine how employees’ trunk motions, and the job’s injury risk, was impacted by the position of the pallet jack during order picking and, subsequently, how this influenced movement.  Three locations were selected, based on work practices:

The results calculated by the LMM and its low-back injury risk model were very telling.

The analysis provided the company with objective information that was used to train employees on how to position their walkies that would lower the injury risk associated with this physically demanding activity. 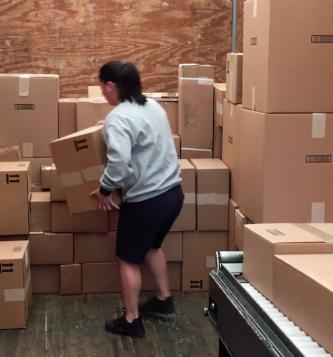 A company that provides a wide range of raw materials, equipment, and supplies to industry wanted to develop a set of training videos focusing on safe working practices for employees who work in their distribution centers.  One goal of this effort was to demonstrate how the use of improved work techniques creates jobs that are easier, safer, and more efficient to perform, and to present this information in an understandable way.

As a result, the company developed a series of training modules that addressed ergonomics concepts important in manual materials handling, such as:

The novel aspect of this training was the integration of quantitative, biomechanical information to supplement the impact on the body of using different work practices.  A team from SRI-Ergonomics worked with the company to collect this data using ergonomics assessment equipment, including wireless electromyography and the Lumbar Motion Monitor.  Examples of how this information was integrated into the video training modules, showing riskier versus safer work practices, are shown below.

The response to these videos has been very positive.  Employees appreciated the dynamic approach to training, which included:

In addition, company health & safety personnel have seen that safer work practices continue to be used by employees, long after they attended the video training.

While the partnership with the SRI-Ergonomics team was intended for training, it also identified several best-practices for common movements.  Benefits have been seen not only through behavioral observations but also through company health & safety data.